A small company started as a college project turned into one of the best wooden case manufacturers in RSA. This small yet awesome company has given us a great and quality product! They seem to understand how to price products because for the price of these cases I can promise you ,you won’t find anything similar in this price class!

I personally own one of these cases and i must say for the past 17H that I’ve had it, it still is freaking awesome!!

They have many options to what wood you want to use to the type of phones you want to protect! The coolest part is the fact that they do custom vector engravings ! The photos you see up top are setup as follows:

What does one of these price at?

Most of the cases are around R450 and for a custom engraving one it’s up to R600! These prices are so good for the product you receive!

This is well written and really opens your eyes!

Photographic composition, in a simple statement, can be described as arranging (in the viewfinder) the different elements of an image so that they combine an aesthetically pleasing and balanced arrangement for the whole of the image.

Composition is often a subjective process but there some ‘rules’ that one should follow.  I hope to present and demonstrate some of these rules over time.

So this AAA title is widely know  as one of the best rally games to release this year but is it worth it?

What is Dirt 4 about?

This game is simple to understand.It’s a racing game based on the Rally side of the racing scenes.So if off-roading is your thing then you would like this game!So basically you are a new driver getting into rally racing and you start of racing for other teams and as you progress you can start your own team and build your own cars. 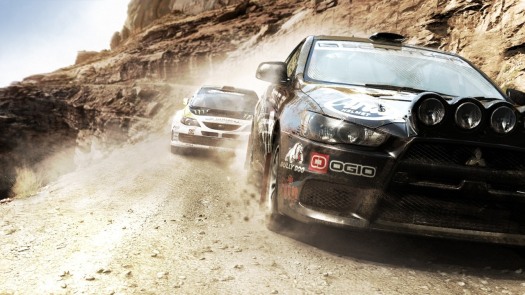 A Few Things I Nerd Out About!

The graphics on this game are insane! Each time I play I’m impressed again.The next thing is the extensive settings you can change to make the driving experience unique!The levels also get randomly generated which makes it so re-playable in the long run! Next is the fact that the things that you do effect the crew or teams you are working with, how cool is that??? Sucks if you are me and crash a lot but still a cool feature! The cars actually break and wear! I’ve gotten flats and worn clutches which just made the experience all the more real and cool!

Is It Any Fun?

Oh hell yes!This is one of the hardest and most entertaining racing games I’ve ever come across. The simulation setting makes you think about how you drive thus immersing you in the experience!The different game-modes like “rally” ,”rally-cross” etc are soooooo FUN!

A controller or some type wheel I would highly recommend because keyboards and racing games don’t mix all too well! A decent GPU would also be beneficial so that you can push every last pixel of this amazing game! Patience is a big one because this is a hard game and takes some time to get used to.

Ken Block the driver in the Gym Khana series helped to tune the simulation in the game to get it as close to what it feels like to him in real life as they could! Pretty cool if you don’t know who he is go to youtube and search his videos!

Buy this game it’s not that expensive and it will give you hours of fun and joy! The game is well designed and get’s a decent amount of updates and we should be seeing some DLC or something soon to keep the hardcore-gamers interested! SO GO AND PLAY IN THE DIRT 4!

DISCLAIMER: I am by no means qualified  for you to be able to use any of what I said as facts it’s merely a rough perspective!

Think of a normal computer and the way it thinks as the wall of a castle.The top block formations are one oscillation and the bottom one are another.The top represents the quartz crystal in your CPU that is “on” and the bottom is when it’s “off”.

The “on” state represents a one to the PC and the “off” a zero.We don’t need to go into depth on this now just remember the shape of the castle wall!

Ignore the math and the words just remember the red lines!So “up” is on and “down” is off. Simple enough!

How Do Super-Computers Process?

So to keep it simple let’s investigate the word. Processing we know that’s easy

Quantum has a variation of the word “quad” in it so that means 4, correct? So basically instead of getting and processing data on just on or off this process can do multiple and more complex problems because it has four points of which it can process.Just stay with me this is getting complex now but you are doing well so far!

So back to the red line and castle-wall.This process also uses the top and bottom of the diagram but it can also use the sides!Thus it uses on and off as well as “going on” and “going off”.

So Why Do They Need To Be So Cold?

As we all know by now CPUs are extremely small and because these ones work on a quantum level they need to be kept cool so the quantum effect they use to determine the signals like ” going on” and ” going off” don’t get effected by quantum heat effects that could disrupt the data and lead it to be useless.

So basically they use quantum effects to generate the computer signals and for those signals to be accurate the need to be chilled a hell of a lot so heat induced quantum signals don’t mess up the data.So it’s to keep interference out!

Why Do Normal PCs Not Need To Be So Cool?

In normal PCs cooler parts just mean a longer lifespan and better performance because you can overclock a fair bit more with decent cooling!The materials and the way the work are different and thus their requirements differ however PCs and the silicon they are made of have an optimal operating temperature thus they don’t need to be cooler than room temperature to function properly and they can go as high as 90 degrees Celsius before it starts to become a real big problem!

So if you read this far into the blog congrats your awesome and probably a nerd like me so why not follow me for more like this or leave a comment on what  questions you have or what other topics you want to discuss!